skip to Main Content
Diversified
A tutorial on choosing yourself

When an ethnic literature class in one of the most diverse cities in the united states calls for an investigation on self-identity, the results are bound to be boundless.  When environments choose to celebrate diversity, it is often that those who straddle culture lines find themselves in a complicated game of tug of war. Not just the heaving humans trying to wrench their way to victory. But, the actual rope its self, this russet woven helix that we rarely get to see the fingerprint in its fibers, the brilliance in its braid. In this A Story feature, we are graced by the words of an emerging social justice advocate who is one woman search party to find the bridges to rightness. This is Jayah Caley.

Identity is a concept that is difficult to define because of the infinite amount of ways it can be interpreted. To me, identity is simply a word that allows me to categorize who I am as a person and how those categories define me. My identity is left for me to decide and make conclusions about, it’s how I see myself. Some identities I was born into; but, it is how I respond and choose to act upon the identities I was given that make me me. I choose to be an advocate. 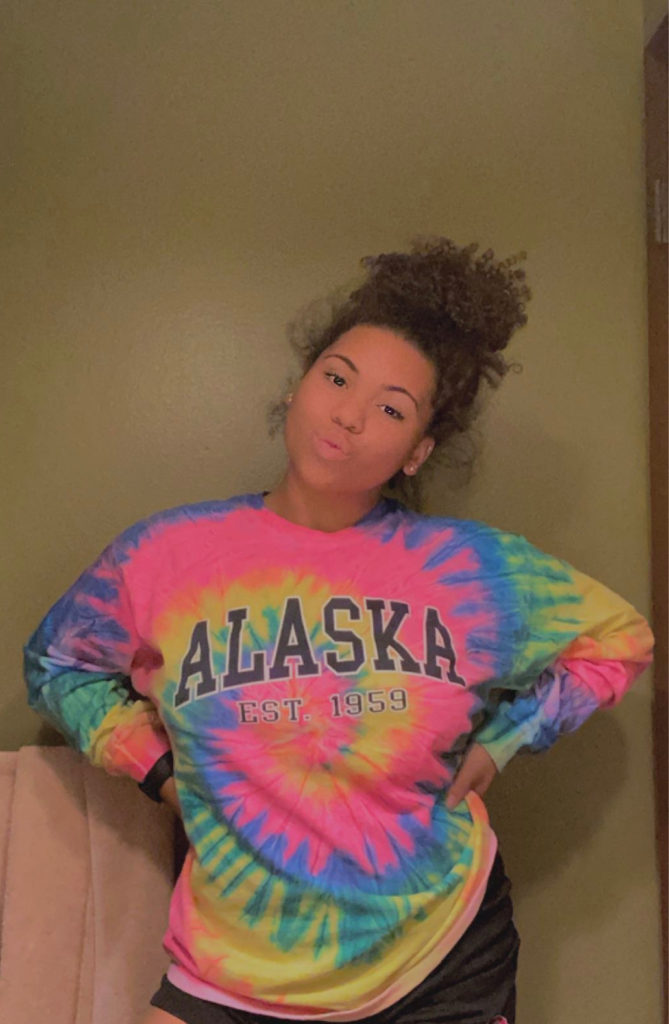 My name is Jayah Caley, I am seventeen years old, and I am bi-racial. My dad is black and my mom is white. My identity with being bi-racial has guided my day to day experiences and interactions with those around me. My identity is constantly changing and continues to shape me as an individual.

My entire life I have lived with both my mother and my sister. My dad has always been in and out of my life. Because I was raised mainly by my mother, I often was around only her side of my family. Growing up surrounded by white people, I always knew there was something different about my sister and me– and I always knew it was the color of our skin. I’ve read about people who grew up in small towns where they were one of the few black people to live there. Some speak of how badly they wanted to escape and move somewhere where they would be surrounded by more people who look similar.

There was a time when I began to feel out of place where I was. I felt like I was drowning and no one could see or save me. I felt that I was surrounded by a lot of white people, regardless of how ‘woke’ they claimed to be. I could see through the, ‘I’m not like those white people’ and ‘yeah my cousin is racist but I don’t say anything because I don’t agree with their comments. No matter who I was speaking to, it felt like no one understood me or what I was experiencing. I thought that being around people who looked like me would magically change my world as I knew it. I believed that they would simply get me, but I was wrong. Just because we had a physical feature in common did not mean that we thought alike. This is when I realized what I had truly needed: a change in environment and to find people who thought similarly to me and people I could discuss issues with.

My grandparents (who both identify as white) are two of the most influential people in my life and they are two very political beings. They have taught me to be aware and to keep up with the world around me. Because of them, I was exposed to both democrats and republicans and some of their core values and beliefs. And although it is common for both parties to have the same goals, it is how to reach said goals that create this divide and difference of opinion and morals. When Obama was running for presidency, I dove into politics and began to advocate for what I knew at the time, which wasn’t much, but it was a lot more than the average fourth or fifth grader. 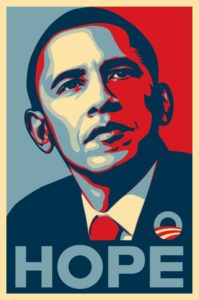 It wasn’t until these last few years that I have found my passion for advocacy— especially in regards to race. I have come to find that the American justice system is broken and was never built for people who look like me. Tupac Shakur once said, “excuse me but lady liberty needs glasses and so does Mrs. Justice by her side”.

When I first read this line, it immediately resonated with me and I knew that Pac was giving me and his intended audience a message. To me, this quote is more than addressing the fact that America is turning a blind eye to certain situations and certain people. This quote is implying that America is making a choice to be ignorant of the truth and is already fully aware there is a problem. This past year has been the most enlightening of my short seventeen years. This quote by Tupac made a bigger impact on me than I had expected because of an experience I had earlier this year.

On April 19, 2019, I was on my way home with some friends when we were pulled over by the police because of an alleged fight that we had no part of. This interaction was the first of many negative interactions I have had with the police. Being a black teenager in America, it is far too common to hear about the negative relationship and broken trust that is felt by people of color when talking about police. We were treated like we weren’t worthy of living and that night justice was not served. Justice would’ve looked like the officer pulling us over, telling us why he was doing so, recognizing that we didn’t fit the description of who they were looking for, and letting us go.

Like Pac insinuated, that didn’t happen. There was a clear direction those police could’ve have chosen, but they didn’t. They chose to turn a blind eye to the pressing reality staring them in the face. They chose to negatively impact another five teen minorities in America. They chose to leave us knowing we were all scared that they would kill us and we’d all simply become more statistics, more campaigns for Black Lives Matter, more cases of police getting away with such an unsettling reality. That night I realized that my life, my best friend’s life who’s a black man in America, and everyone else’s life in that car was devalued because our melanin threatened that officer.

I knew I had a choice of remaining silent and moving on or speaking out and telling my story. I chose the latter, it was one of the hardest things I have been faced with. I decided to publish part of my story in hopes of bringing awareness to something America needs to see. I had to relive that night over and over again, I had to go speak to like-minded officers who believe they can do no wrong because they made a CHOICE to put on a uniform every day, and I had to face the ridicule of those who disagree. Through all of that, I knew I was making the right decision. I knew I was advocating for not only myself but many others like me.

Often, I am told that I am too young to be having discussions regarding race, gender, political affiliation, etc.: “Do not talk… no individualism… we seem more like sheep”.

This quote is from a poem called Love Letter to Albuquerque Schools and although I am not talking specifically about standardized testing, I believe this quote accurately displays how I feel and am treated by countless adults around me. I have learned to speak up even when it may be seen as inappropriate because allowing ignorance to be spread makes me just as guilty as the next. For me, I am constantly having conversations with my mother and grandparents about what it means to have white privilege and what it means to raise black daughters.

My mom has a harder time understanding where I am coming from sometimes because I can come off as aggressive when I am just passionate. When I tell her that white women need to educate themselves to the best of their ability to learn what their child’s life is going to be like before having mixed children, it can sometimes offend her.

But for me, I am simply trying to remind her and all the other white women with kids of color that our lives will inherently be more difficult and different here in America because of the color of our skin. White women don’t face racism, however, their kids will. The kids who wrote this poem are already products of an environment where they felt as if they weren’t being heard; yet, those kids wrote the poem anyways, they spoke up and fought for something they were passionate about, and that’s what I am forever trying to do. I am constantly trying to learn more while spreading the knowledge that I do have by fearlessly speaking to adults and breaking those barriers. 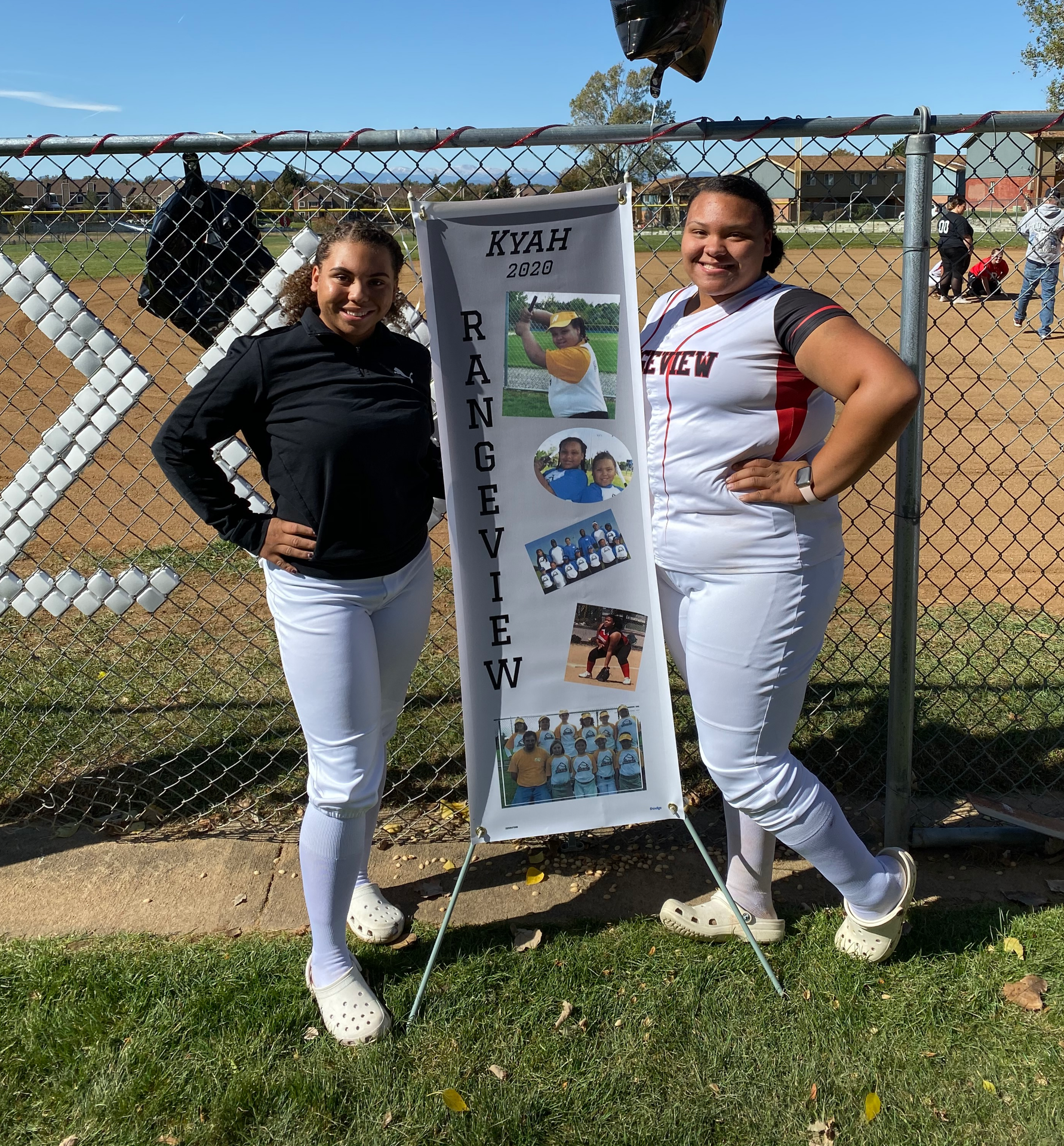 Finding my identity as an advocate and navigating my life with my bi-racial identity has been and will continue to be a roller coaster. Some days are easier and sometimes harder. My experiences thus far have had a tremendous impact on the way I choose to make my voice heard. I cannot take my skin color off at the end of the day and expect the racist tendencies to disappear, but I can continue to speak upon and call out the ignorance that I see. I am choosing not to be silenced. I am choosing to love myself as a mixed baby. I am proud of myself and all that I am continuing to learn about my identity.