In December, the art program at Aurora Central High School opened their doors to A Story and welcomed us into their fold. We had the privilege to meet with only a portion of their incredibly talented student artists who we proudly profile in this feature.

The Aurora Central High School Art Department is funded by the Carl D. Perkins Career and Technical Education Improvement Act of 2006, which means the program meets certain criteria to obtain a federal grant that exists for the purpose of strengthening academic, career, and technical skills of students across the country. The ACHS art department strives to develop the artistic talents of their students–many of whom are working nearly full time jobs in addition to attending school–and funnel them into AP courses, a dual degree program with CCA, and their art club, C4. Portraits of students taken by Nathan Lemus. 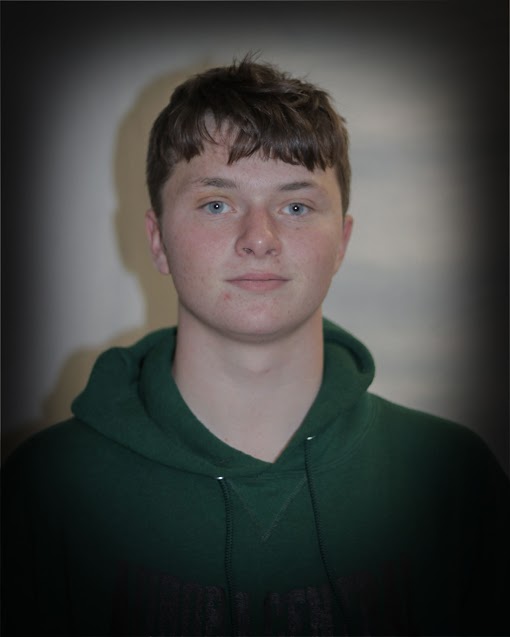 Owen has been dabbling in drawing since 6th grade. It started as a challenge, but with much gratitude towards his middle school art teacher, Mrs. Sheets, he persisted and his work improved rapidly. In high school, he made the transition over to metalworking—a hobby he shares with his father. His favorite subject to explore is the human skull, and identifies with Vincent van Gogh who he feels is also an outsider artist.

A lifelong creative, Owen is a Quebecois transplant and hopes someday to move back home. He plans to apply to college next year to pursue a career as an art teacher. 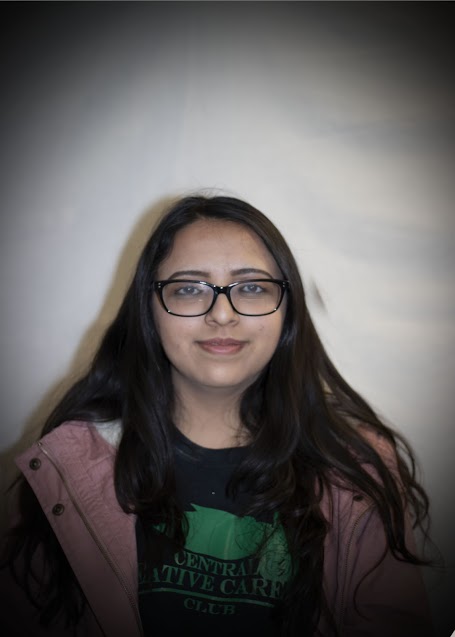 Leslie Flores, a senior at ACHS, works exclusively within a photographic medium. Her work is inspired by the fragility of life, an esoteric idea offset by an infusion of color within her photographs. After the death of her beloved dog, her worldview changed, resulting in the way she approached her art. She incorporates a longtime hobby of origami into her tableaus, drawing parallels between the fragile, carefully folded rice paper and the fleeting nature of all things.

Leslie lives with her family in Aurora and is currently focusing on post-graduation plans, having been accepted into each college that she applied to. Her parents have consistently been supportive of her work, as has Ms. Abbott, who continues to nurture Leslie’s photographic journey and provide invaluable support and insight. 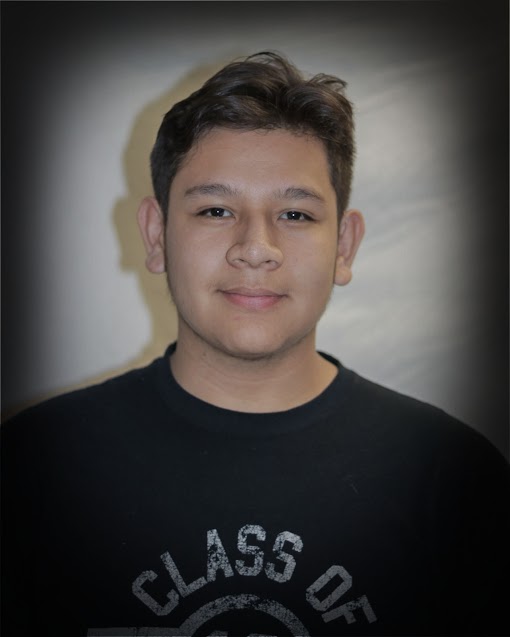 Celso Gomez, a Senior at ACHS, was first exposed to metalworking Freshman year in Ms. Schleyer’s class. Initially hesitant by what he describes as a lack of creativity, he looked to the world around him and inspiration was born. He took that inspiration to the classroom, where he embarked on a four year endeavor, exploring various methods of 3D art-making including wax work and casting. Under the tutelage of Ms. Schleyer, and inspired by his friend and fellow metalworker Owen Barnhart, Celso Gomez flourished into an exceptionally talented 3D artist.

Celso Gomez was born deaf but is not defined by this. He eschews laziness in any form,  is an athlete and aspires to be a firefighter and paramedic. He speaks of his Mexican heritage with clear pride, and his girlfriend, Alma—his greatest supporter—with clear adoration. 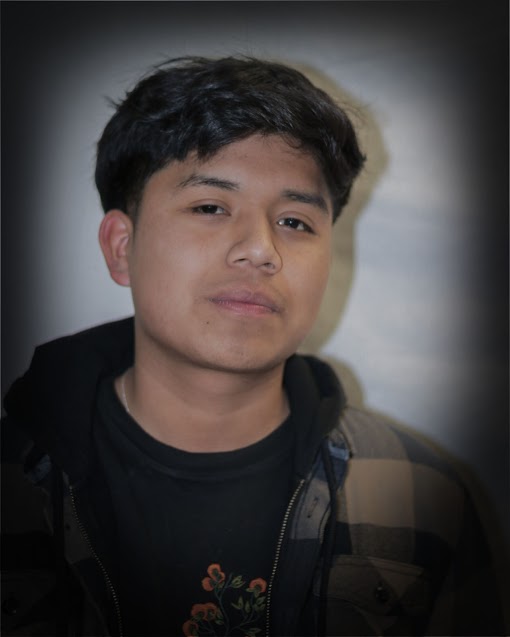 A senior at ACHS, Edward has a clear natural skill for photography as he only stepped into a photography class one year ago. He made the choice after falling in with the wrong crowd, and deciding to find a new path and make new friends after getting in trouble. He is constantly encouraged and inspired by his friend Nathan, a fellow photographer who accompanies him on shoots. Edward attributes the quick development of his skills to a spirit of friendly competition—he sees what others are doing and he wants to do better.

His future goals include improving his photography skills, and eventually going on to learn filmmaking and video editing. 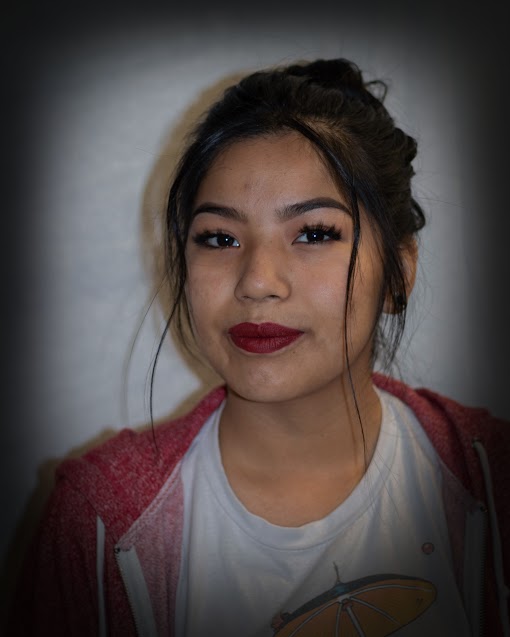 While Emi is an extremely talented photographer, the most intriguing aspect about her story is how she has turned art into her primary method for healing and self-care. When she was going through a tough time in middle school, her mother gave her a journal and some watercolors with the hope that staying busy would distract her from the bad things and help her focus on good things. Emi has been applying that mentality ever since, and with the support of her teachers at Central, art has transformed her life and even helped her tackle her anxiety.

Emi is the President of C4—Central Creative Careers Club, and is graduating high school with over 61 college credits—24 of which are from the art pathway. Though she does not know that she will pursue an artistic career, she has vowed that art making will always be a major part of her life. 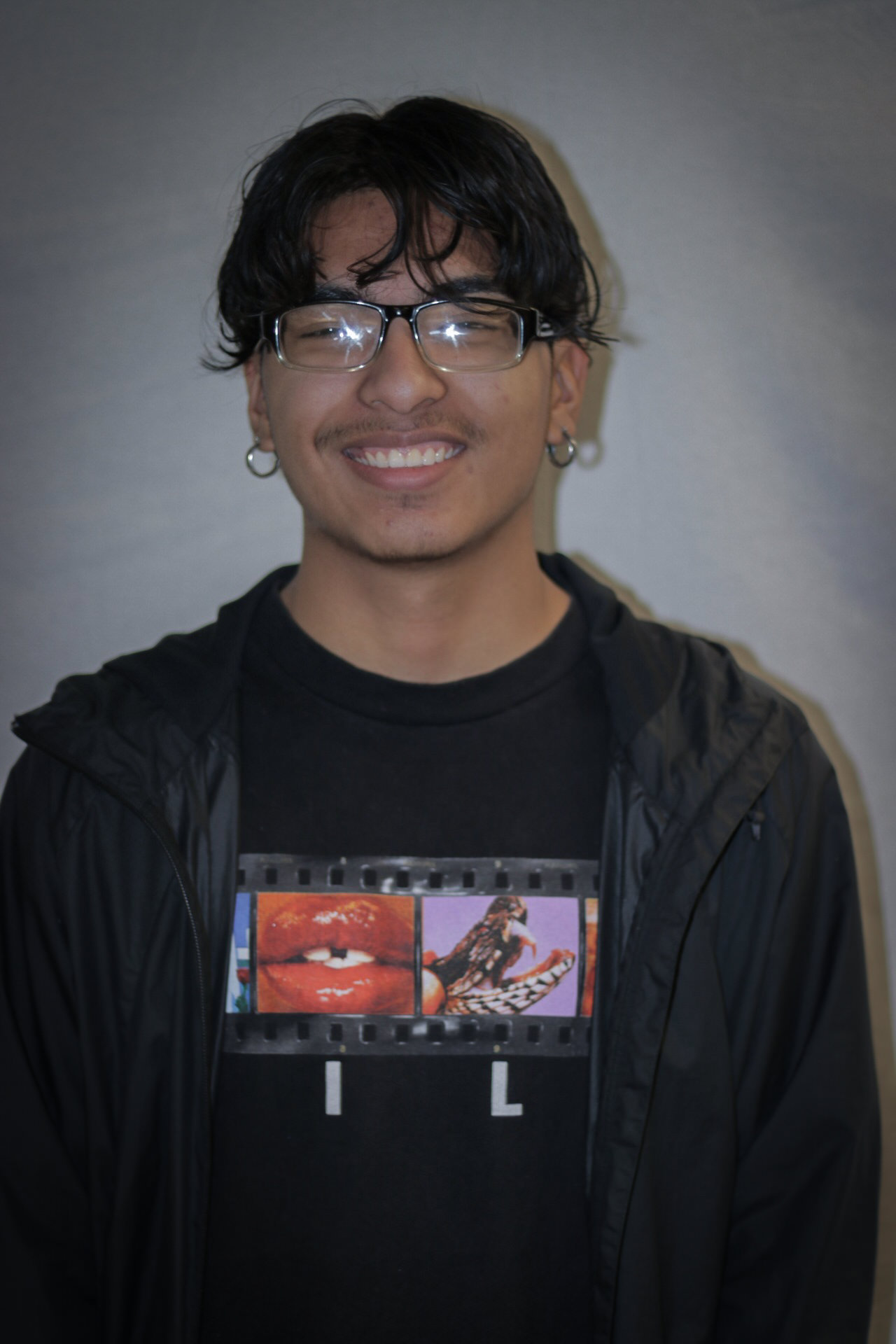 Nathan is a photographer and digital artist. When he first came to ACHS, he signed up for introductory photo classes, inspired by the character Spider-Man, who—as Peter Parker—works as a photographer. He is primarily interested in portraits—he believes a portrait is a window into a person, and is intrigued by the idea that the background, color scheme, and pose can expose the essence of the subject.

His family was unsure of his interest in photography at first, but as his talent developed, so did their support. He hopes that his talent in photography can better the lives of his family members, and dreams of owning his own media company and studio. 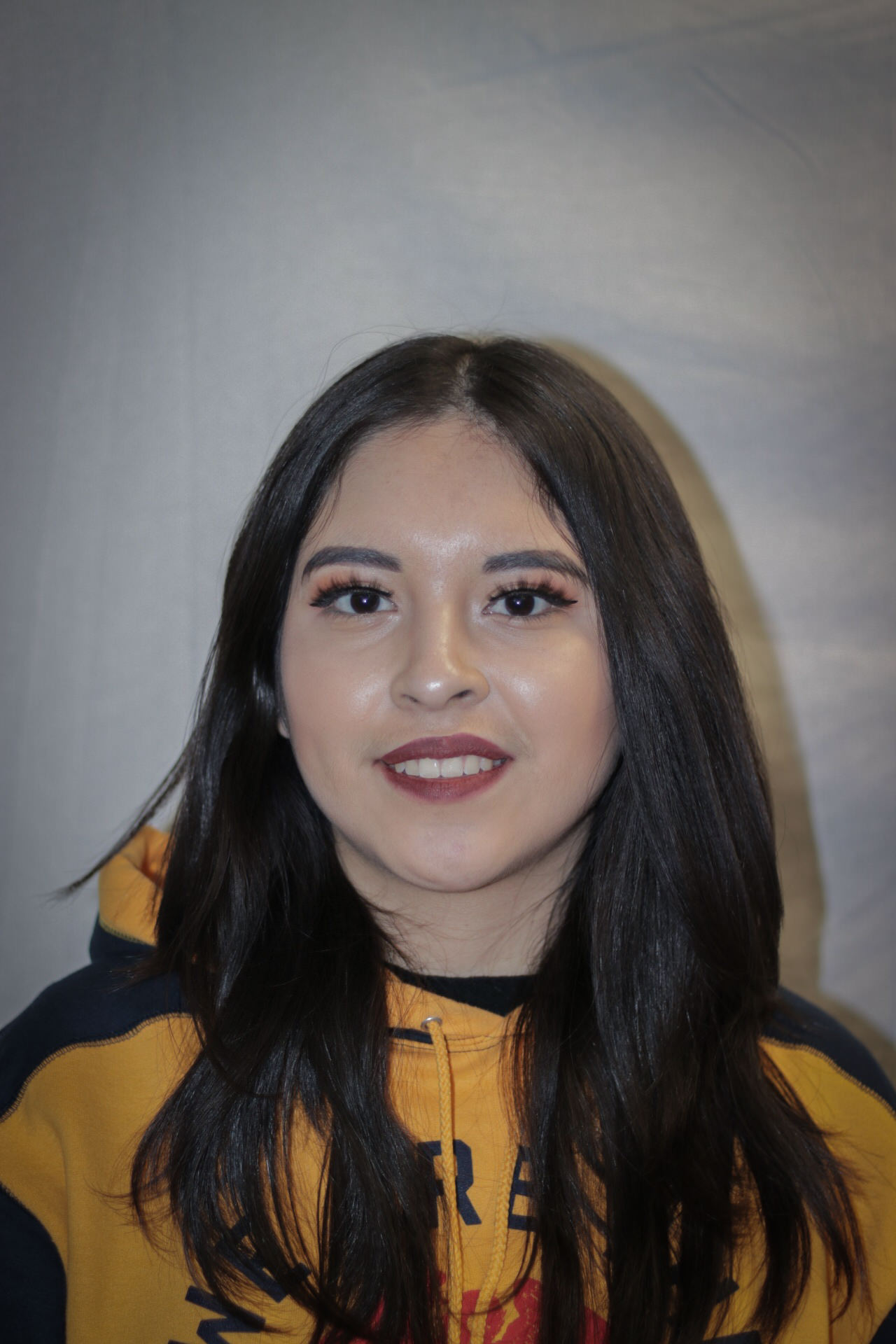 Rubi, a Junior, first turned to art making as a child as a way to express herself in the midst of familial turmoil. She learned to express her feelings through drawing, a practice that she continues to this day as she creates beautiful ceramics and other works, such as a picture of roses drawn on canvas with Sharpie markers. She overcomes adversity by proving her naysayers wrong with clear examples of her talent.

Rubi’s future goals include melding her love for art with a practical career, such as architecture or culinary arts. She plans to apply to college next year, and would love to go to a school with a focus on the arts. 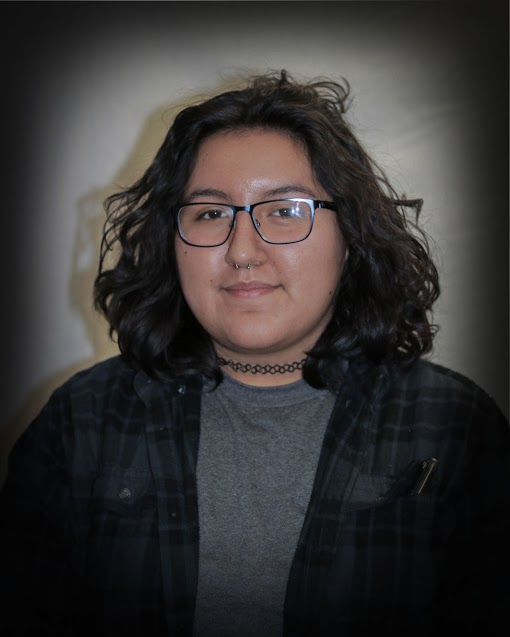 Ashley Mercado, a Senior at ACHS, grew up exploring primarily 2D mediums such as drawing and painting before finding her home in ceramics. Her work is infused with soulfulness and she is unafraid to flirt with the shadow side. Her relationship to her artwork changed after she lost her home towards the end of Freshman year of high school. Creation become an emotional outlet and a method to ground herself. She finds she is most creative whilst undergoing an emotional process, and values her talent as a means of self-expression.

Ashley lives with her sisters, dog, cat and mother—her constant champion. She is pursuing college post-graduation, and hopes to one day be a veterinarian. She has already been accepted to several with two scholarship offerings. 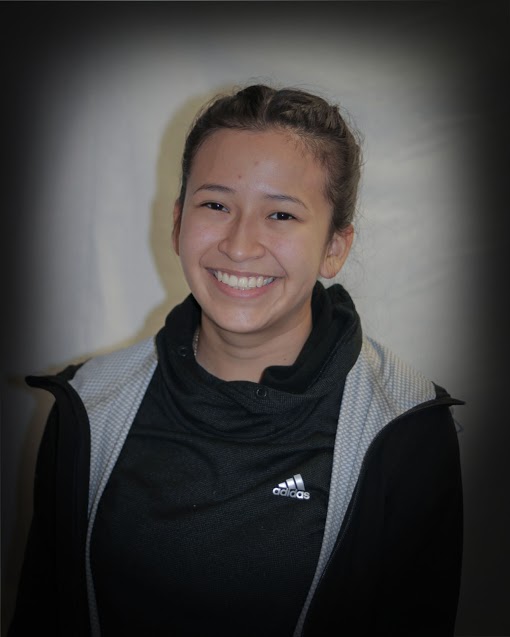 Lizbeth describes her primary artistic medium as anything “hands on.” She was first exposed to clay in elementary school, which always stimulated her more than drawing or painting. This love of working with her hands developed into a notable skill with ceramics. She is consistently pushing her boundaries, searching for new clay working and glazing techniques on social media and then reproducing them. She works best when she’s happy, and overcomes artistic blocks by turning on the wheel and seeing what comes out.

She is currently a senior and is in the process of applying to colleges with the hope of becoming a mechanical engineer. She plans to keep sculpting in her free time. 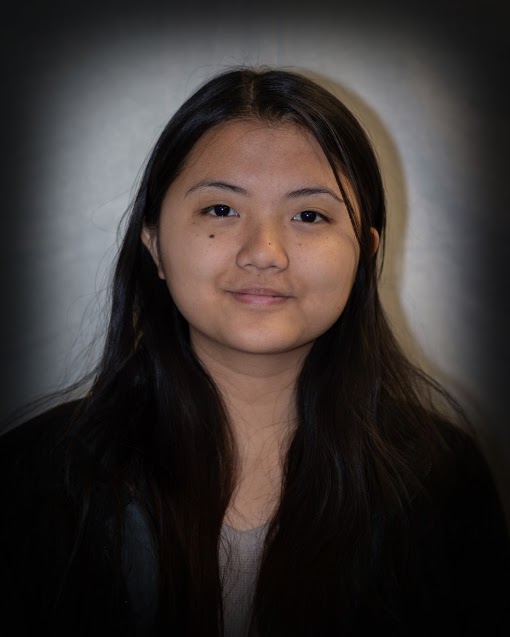 Growing up in Vietnam without internet, Quyen was not exposed to any artistic styles beyond cartoon or anime. When she moved to America, her innate artistic talents bloomed as she was able to explore other mediums and had access to more and different art supplies. A photographer and fine artist, she is particularly inspired by animals and texture, and is most creative when she’s feeling either melancholic or extremely excited.

A senior, Quyen has so far been accepted to two colleges and is deciding between them. She hopes to pursue a career in an artistic field. 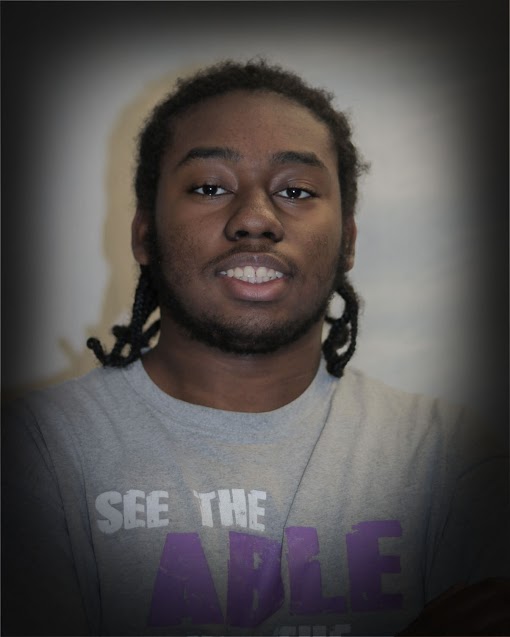 Geovonte is a triple threat—photographer, fine artist, and storyteller. He has been writing stories and drawing accompanying pictures since pre-school, and now, as a senior at ACHS, has created a superhero called Ooze, a shapeshifter. He sees a lot of himself in Ooze, who he says is an underdog. Geo’s own coming of age has inspired his superhero; as he matured socially and stopped making more enemies than friends, Ooze was born.

Creativity is sparked within him at random, and he is particularly inspired by comic book artists and black animators. Next year, he will go on to Pickens Tech where he will focus on drawing, animation, photography and writing. 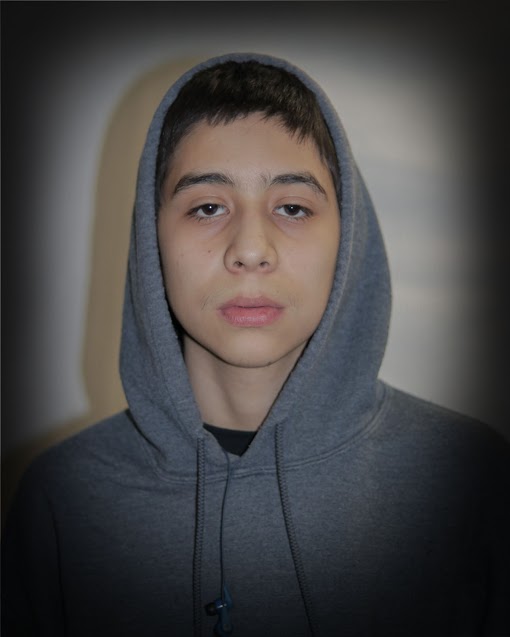 Aurelio approaches his sculpture work with a wont to be provocative. He wants the viewer to look at his work and wonder what his process was and what his motives were. He found drawing four years ago and sculpture a mere two years ago in class with Mr. Manners. Since his first prolonged exposure to creative work in eighth grade, he has grown exponentially as an artist within that time. There’s a certain duality to his artistic process, as he’ll often start a sculpture off as a drawing and transform it from 2D to 3D.

Currently a junior, Aurelio plans applying to college next year and aspires to be an elevator engineer. He is grateful to Mr. Ertmer and Mr. Manners for their guidance and support.